Since his death in 1980, much has been written about Steve McQueen, whose screen persona epitomized the hard-living but sensitive loner. Sandford, who up to now has written about rock stars (Mick ... „итать весь отзыв

Christopher Sandford is a journalist who has written for The Times, the Daily Telegraph and the Daily Mail. He has appeared on numerous TV and radio programs and has been profiled in Rolling Stone. Christopher has already written eleven books including biographies of Mick Jagger, Eric Clapton, David Bowie, Sting, Kurt Cobain and Bruce Springsteen. He lives in England, dividing his time between Seattle and Surrey. 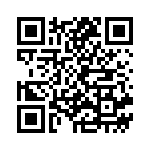