he reminds me of Donald trump. "It's all about me." I didn't know he was bisexual, that he might have died of aids. he never seemed to pay income tax. Read full review 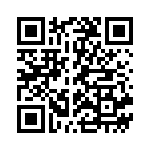