Charles R. Lister is a visiting fellow at the Brookings Institution's Doha Center. He was formerly head of the Middle East and North Africa section at IHS Jane's Terrorism and Insurgency Centre.

Ahmed Rashid is one of Pakistan's premier journalists and analysts. He is the author of several books, including the New York Times bestseller Taliban. He writes for the Daily Telegraph, Washington Post, International Herald Tribune, New York Review of Books, and The Nation. 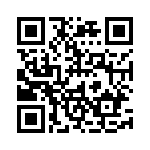