Monica Silveira Cyrino is Associate Professor of Classics at the University of New Mexico. She is the author of In Pandora’s Jar: Lovesickness in Early Greek Poetry (1995) and a contributor to Martin Winkler’s Gladiator: Film and History (Blackwell Publishing, 2004). She has appeared as an academic consultant on the television show “History vs. Hollywood” on The History Channel. She was awarded the American Philological Association’s national teaching award in classics (1998-99). 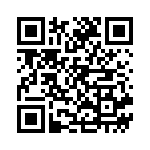