This biography of actress Ann Dvorak is well done. Dvorak is probably best known for her pre-code roles in 1932’s Scarface and Three on a Match. Somehow, despite her great work in these films, she ... Read full review

Christina Rice is a librarian and photo archivist at the Central Library in downtown Los Angeles. (www.anndvorak.com) 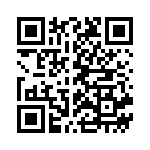