Geoff King is lecturer in film and television Studies at Brunel University, London. He is the co-author with Tanya Krzywinska of Science Fiction Cinema: From Outerspace to Cyberspace. 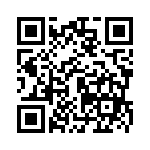