Donald J. Porter is an established aviation writer. He was previously a technical manager at Hughes Helicopters on the OH-6A and Apache programs during the firm's heyday. 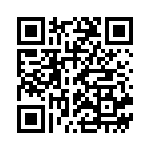