Artur Skweres, PhD is an Assistant Professor at the English Department of the Faculty of Pedagogy and Fine Arts, Adam Mickiewicz University in Poznań. His academic interests include American culture (especially literature and film), as well as theories of comedy and humor. In 2012 he published his first book entitled Searching for Truth and Freedom: Philip K. Dick’s Works in Light of Alexis de Tocqueville’s Thought. 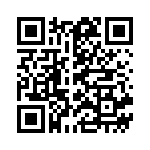