An old but interesting critique on the impact of Disney! I’ve had a perceptively mixed relationship with Disney movies since I was a kid. I rather prefer the Idlewild three, Tarzan, Hercules and The Jungle Book.

Nicholas Sammond is Assistant Professor of Cinema Studies at the University of Toronto. He is the editor of Steel Chair to the Head: The Pleasure and Pain of Professional Wrestling, also published by Duke University Press. 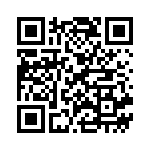