Janet C. E. Watson has held lectureships in Arabic at the universities of Edinburgh, Durham and Salford, and has also taught at the University of Manchester. She travels regularly to the Middle East and has spent extended periods of time in Yemen and Egypt. A fluent speaker of Yemeni Arabic, her recent research work has concentrated on the phonology of Arabic. Her previous book publications include A Syntax of San'ani Arabic (1993), Sbahtu! A Course in San'ani Arabic (1996) and Wasf San'a: Texts in San'ani Arabic (2000). 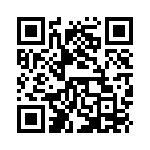