reviews the history of the 11 largest trunk carriers flying at the end of the CAB regulated era. the early days, the build up during the 1930s, war service, the propliner era, the transition to jets ... Read full review

Geza Szurovy (Boston, MA) is an experienced aviation writer who has co-owned several personal airplanes in aircraft partnerships. He is the author of seven McGraw-Hill books, two of which won Aviation/Space Writers' Association Awards of Excellence. Szurovy is a commercial pilot with instrument, multiengine, DC-3, and glider ratings. He has flown and written about a wide variety of aircraft, from Piper Cubs to Learjets. 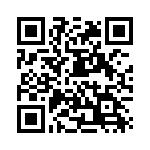