CHARLES R. LISTER is a visiting fellow at the Brookings Institution's Doha Center. He was formerly head of the Middle East and North Africa section at the London-based IHS Jane's Terrorism and Insurgency Centre. 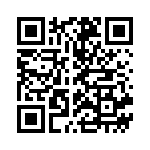