Even though it took me just over a day to read it, this book was very interesting. I’ve loved the movie “Some Like it Hot” since I first saw it, and find something new to like in it in each successive ... Read full review

This book is from the same man who compared Marilyn to Hitler while she was alive. After she died, he goes on shows disrespectfully talking about sleeping with her before she became famous and now ... Read full review

Tony Curtis is a Hollywood icon, the last surviving luminary from Some Like It Hot, and author of the memoir American Prince. His Web sites are tonycurtis.com and shilohhorserescue.com.

Mark A. Vieira is a photographer and writer specializing in the history of Hollywood. 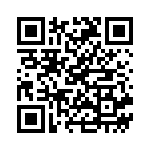