Sabine Hake is the Texas Chair of German Literature and Culture in the Department of Germanic Studies at the University of Texas at Austin. She is the author of several books on German cinema and Weimar culture, including The Cinema's Third Machine: German Writings on Film 1907-1933 (1993) and Popular Cinema of the Third Reich (2001). 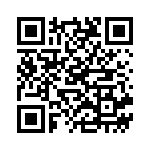