Chris Smith is editorial consultant for popular culture titles at Greenwood Press and teaches cultural criticism at the University of British Columbia. 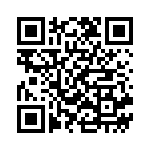