Paul McDonald is senior lecturer in film and television studies at the University of Surrey, Roehampton, UK. His additional chapter in Richard Dyer's classic text Stars was published in 1998. 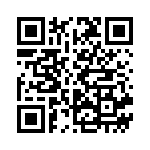