13 other sections not shown

Tino Balio is Program Director of the Arts Institute and Professor of Communication Arts and Academics at the University of Wisconsin, Madison, where he also served as Director of the Wisconsin Center for Film and Theater Research from 1966 to 1982. He is the author of "Hollywood in the Age of Television" (1990), among other titles. 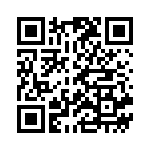