A Companion to German Cinema represents the cutting edge of German cinema studies that will force scholars to rethink their approach to the subject. Conceptually innovative and theoretically rigorous ... Read full review

Terri Ginsberg is a director and public programmer at the International Council for Middle East Studies in Washington, DC. She has taught film, media, and cultural studies at New York University, Rutgers University, Dartmouth College, Ithaca College, and Brooklyn College. She is author of Holocaust Film: The Political Aesthetics of Ideology (2007), and co-editor (with Kirsten Moana Thompson) of Perspectives on German Cinema (1996) and of several other volumes on global cinema and Middle Eastern film studies.

Andrea Mensch is a senior lecturer in the English Department at North Carolina State University and has also taught film and literature courses in London and at the NCSU Prague Institute. She was associate editor as well as book reviews editor for Jouvert: A Journal of Post-colonial Studies. 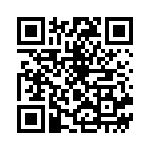