GERARD MOLYNEAUX is Professor of Communications at La Salle University in Philadelphia. His previous publications include Charles Chaplin's City Lights (1983) and James Stewart: A Bio-Bibliography(Greenwood Press, 1992). 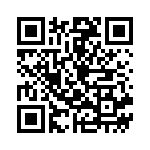