Darwin Holmstrom has written, co-written, or contributed to over thirty books on subjects ranging from motorcycles and muscle cars to Gibson Les Paul guitars, including Indian Motorcycles, GTO: Fifty Years, Let's Ride: Sonny Barger's Guide to Motorcyclying, Top Muscle: The Rarest Cars from America's Fastest Decade, BMW Motorcycles, The Life Harley-Davidson, and The Complete Idiot's Guide to Motorcycles. Darwin is the senior editor for Motorbooks. Prior to that he served as Midwestern editor for Motorcyclist magazine.

Larry Edsall was snatched away from a career as a daily newspaper sports editor to become motorsports editor at AutoWeek magazine. Before long, he was automotive industry news and motorsports editor, and for most of his 12 years served as the magazine's managing editor. While at AutoWeek, he drove nearly half a million miles evaluating vehicles on four continents. He left Detroit for Phoenix late in 1999 to help modernize one automotive website, then launched another, iZoom.com. He also writes as a freelance contributor to several automotive and lifestyle publications. 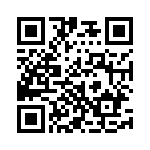