not enough about his current life. Read full review

Film historian Biskind (Gods and Monsters: Movers, Shakers, and Other Casualties of the Hollywood Machine, 2004, etc.) examines the eventful life and career of Warren Beatty, one of Hollywood's last ... Read full review

Peter Biskind is the author of five previous books, including Easy Riders, Raging Bulls: How the Sex-Drugs-and-Rock 'n' Roll Generation Saved Hollywood. He is a contributor to Vanity Fair and was formerly the executive editor of Premiere magazine. He lives with his family in Columbia County, New York. 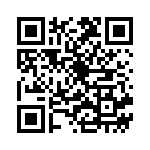