Dr Adil Rasheed is a Senior Research Fellow at the United Service Institution of India and a media commentator on West Asian geopolitics. He was earlier Researcher at the Middle East’s premier think tank, The Emirates Center for Strategic Studies and Research (2006 to 2014). His analytical features appear in leading Middle East newspapers and publications. He was awarded Ph.D. from JMI University, New Delhi, in 1995. 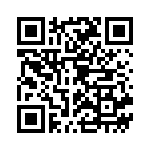