BLAIR DAVIS is an assistant professor in the College of Communication at DePaul University. His essays appear in the Historical Journal of Film, Radio, and Television and the Canadian Journal of Film Studies, and in such anthologies as American Horror Film, Caligari’s Heirs, and Horror Film: Creating and Marketing Fear. 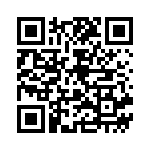