Edward P. Comentale, Assistant Professor of English at Indiana University, is author of Masses in Relation: Art and Politics in Avant-garde England, 1909-1915. He lives in Bloomington, Indiana.

Stephen Watt is Professor of English and Cultural Studies at Indiana University, and author of Postmodern/Drama: Reading the Contemporary Stage and Joyce, O'Casey, and the Irish Popular Theater. He lives in Bloomington, Indiana.

Skip Willman is Assistant Professor of English at the University of South Dakota. He lives in Vermillion, South Dakota. 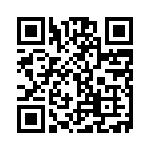