Page 11
Ring Lardner Jr. noted that heavy drinking was common among New York newspapermen in the thirties when he became a reporter and that it was probably even greater in his father's time.27 Another discussant , sportswriter Roger Kahn ...
Page 24
1 a for their poems , plays , or novels : Edgar Allan Poe , Jack London , Ring Lardner , Dorothy Parker , e . e . cummings , Dashiell Hammett , Ben Hecht , James Thurber , Raymond Chandler , Robert Benchley , Sinclair Lewis , F. Scott ...
Page 26
65 “ No one , ” Ring Lardner insisted , “ ever wrote anything as well after even one drink as he would have done without it . " 66 Alcoholism is a vice and a sin . Alcoholism is a disease - like addiction . 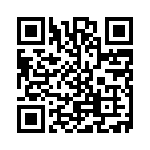