MICHAEL DROSNIN, a former reporter for The Washington Post and The Wall Street Journal, is also the author of two other New York Times bestsellers, The Bible Code and Bible Code II: The Countdown. He spent seven years researching and writing this classic account of power gone mad. Drosnin lives and works in New York. 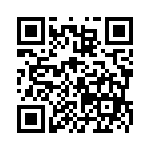