Wilder’s wit came through in the book about his films and life. The book was organized in various sections, dealing with his early life in Vienna and early films in Germany, then in Hollywood, each ... Читать весь отзыв

I don't know of a better closing line to a movie than the one in Billy Wilder's "Some Like It Hot" when the Jack Lemmon character, who has been trying to escape gangsters by pretending to be a woman ... Читать весь отзыв

Charlotte Chandler's first book, Hello, I Must Be Going, was a national bestseller about Groucho Marx. Her second book, The Ultimate Seduction, included conversations with Mae West, Tennessee Williams, Henry Moore, Bette Davis, Alfred Hitchcock, and others. The Tennessee Williams section became the basis of the successful stage play, Confessions of a Nightingale, and The Penguin Book of Interviews selected her section on Mae West as one of the best interviews of all time. Her next book, I, Fellini, was selected as a New York Times notable book and has been published in more than twenty-five foreign editions. Chandler was a writer and producer of the Aaron Spelling/ABC movie-of-the-week, A Stranger in the Mirror, based on the Sidney Sheldon novel. She is a member of the board of the Film Society of Lincoln Center and is active in film preservation. She lives in New York City and is at work on a book about Alfred Hitchcock. 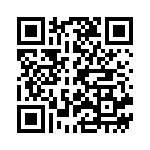