Page 886 showing that Sikhs write punjabi in Gurmukhi script and Hindus in devnagri is totally untrue. This should be removed from the text. Punjabi has only two writing systems I.e. Gurmukhi and Persian which is also known as perso-Arabic. No ground realities support the view that Hindus write punjabi in devnagri. Dogri is an independent language and written in devnagri as per Indian constitution. So facts about writing system of punjabi should be correctly narrated.
Rating because of this wrong statement poor.

Read English at Cambridge, joined the British Council and worked in Uganda. He then taught at the University College of Cape Coast in Ghana before moving to Edinburgh, where he took his PhD in linguistics and subsequently taught in the Department of Linguistics. In 1984 he moved to the University of Essex, where he was Research Professor in the Department of Linguistics, and then to the University of Cambridge where he was Senior Research Fellow in the Research Centre for English and Applied Linguistics. He is now an Associate Lecturer in the Faculty of English at Cambridge. He has held visiting professorships at the Universities of Heidelberg, Vienna and Düsseldorf. From 1990-94 he was President of the Linguistics Association of Great Britain, and has been a member of Council of the Philological Society since 1998. He is Chairman of the linguistics committee of the Subject Centre for Languages Linguistics and Area Studies. He is co-editor of Transactions of the Philological Society and sits on other editorial boards. He is author of Linguistics Today (Fontana 1984) and co-author, with Jim Miller, of Syntax: A Linguistic Introduction to Sentence Structure and Syntax: Generative Grammar (Hutchinson 1981). He was syntax editor for the 1st edition of The Encyclopedia of Language and Linguistics and was joint editor, with Jim Miller of A Concise Encyclopedia of Linguistic Theories and A Concise Encyclopedia of Grammatical Categories (Pergamon Press 1997 & 1998). He was joint editor of Common Denominators in Art and Science (Aberdeen University Press, 1983) and Language, Reasoning and Inference (Academic Press, 1986).

Sarah Ogilvie, Trinity College, Oxford, is a linguist and lexicographer who specializes in words that enter English from the languages of the world. She is a former editor of the Oxford English Dictionary, was Etymologies Editor for the Shorter Oxford Dictionary (6th ed., 2007), and was section editor for the ‘Languages of the World’ section in Encyclopedia of Language and Linguistics (2nd ed., Elsevier, 2006) 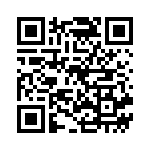