Jason Sperb is a lecturer in the Department of Radio/Television/Film at Northwestern University in Evanston, Illinois. 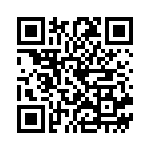