R. Wayne Albers, Ph.D., Scientist Emeritus, Chief of Section on Enzyme Chemistry (retired), Laboratory of Neurochemistry in the NINDS, NIH, Bethesda, MD, is a world-recognized neuroscientist most noted for his research in the field of membrane cation transport and neuronal excitability in the nervous system. Dr. Albers and physiologist R.L. Post performed the principal experiments leading to their now widely-held Albers-Post model for the mechanism of the cation transport enzyme, sodium-potassium-activated ATPase. Dr. Albers was one of the founding co-editors of the comprehensive text, Basic Neurochemistry: Molecular, Cellular and Medical Aspects, first published in 1972, continuing as co-editor for 8 editions, the latest having been published in 2012. After receiving his PhD at Washington University School of Medicine in 1954, Dr. Albers embarked on a distinguished career of research at the NIH, being a founding investigator in the first Laboratory of Neurochemistry.

Dr. Albers was one of the first members of the American Society for Neurochemistry at its inception, serving on its Council and its Committees on Publications and Education and on Electronic Publications. He has served as Professor of Biochemistry at George Washington University, Faculty Member of the NIH Foundation for Advanced Education in the Sciences, Associate Editor of the Journal of Neurochemistry and of Experimental Neurology, and on the editorial boards of several journals.

Dr. Albers passed away on September 28, 2013. He was 85 years old and is survived by his former wife, Frances Albers, their children Gail Morrell, Belinda Caron and Patricia Steinhoff, 6 grandchildren, and 8 great-grandchildren. He also had a son, the late Jonathan Albers.

Dr. Albers was considered a gentleman, an excellent scientific colleague with a keen intellect and friend by all who worked with him. He will be sorely missed, not only by his family, but also by the entire neurochemistry community. 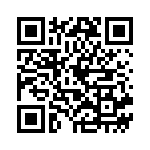