This so-called study told us a lot of lies based on archived lies.

I would like to read this book translated in French version !

Qiang Zhai is professor of history at Auburn University Montgomery in Alabama. 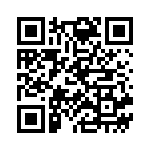