Giorgio Bertellini is assistant professor of Film and Video Studies and Romance Languages and Literatures at the University of Michigan, and is the author of Emir Kusturica(1996). 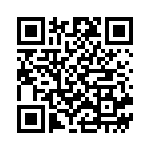