Fascinating book that many would be interested in! Read full review

John Lithgow was born on October 19, 1945 in Rochester, NY. He went to Harvard University, where he graduated magna cum laude in 1967. After graduation, Lithgow won a Fulbright Scholarship to study at the London Academy of Music and Dramatic Art. He has won four Emmy Awards, two Tony Awards, a Golden Globe Award, and two Screen Actors Guild Awards. He has also been nominated twice for the Academy Award for Best Actor in a Supporting Role. In 2005, he became the first actor ever to deliver a commencement speech at Harvard University. In addition to acting, he is the author of many books for children. He lives in Los Angeles. 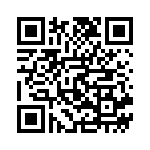