John Harris Sheridan was born into a show business and sports family in Pittsburgh. He skated with Ice Capades after high school, performing in the United States and Canada. After two years on the road, he returned to school at Phoenix College and Arizona State University. In 1968, Sheridan went to work for KLAS-TV in Las Vegas, where he met Howard Hughes. Now retired, he lives in Texas. 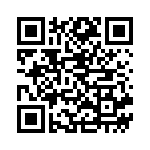