One of the books all Hitchcock lovers read. Widely quoted. Good read, too. Read full review

Robin Wood, a founding editor of CineAction, is the author of Sexual Politics and Narrative Film (Columbia, 1998) and Hollywood From Vietnam to Reagan (Columbia, 1985), among other books. 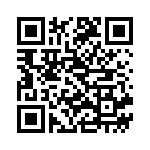