I found this book very interesting. I was seeking knowledge about ISIS, which this work provided. My one issue was that of course the names of the people involved with the organizations are Arabic ... Read full review

This book is full of facts and names and ought to be fascinating, but I kept reading a chapter and not taking in any of it. It's uninteresting and it shouldn't be. So I gave up early on. Read full review

Jessica Stern is a Lecturer on Terrorism at Harvard University and serves on the Hoover Institution Task Force on National Security and Law. She was a member of the National Security Council Staff in 1994-95, and worked as an analyst at Livermore Lab. She is the author of ‘Denial: A Memoir of Terror’ (selected by the Washington Post as a best book of the year) ‘Terror in the Name of God: Why Religious Militants Kill’ (a New York Times Notable Book of the Year), and ‘The Ultimate Terrorists’.

J.M. Berger is the author of ‘Jihad Joe: Americans Who Go to War in the Name of Islam’, a critically acclaimed history of the American jihadist movement, and editor of ‘Beatings and Bureaucracy: The Founding Memos of al Qaeda’. He is a regular contributor to ‘Foreign Policy’ magazine, where he wrote in 2013 about his lengthy online interactions with American jihadist Omar Hammami. Berger is a consultant and instructor for private companies and government agencies on topics such as domestic extremism and the use of Big Data to analyze how extremists use social media. His website, Intelwire.com, has published thousands of declassified documents on the September 11 attacks and the Oklahoma City bombing. 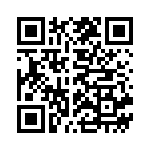