Roz Kaveney is editor of and chief contributor to 'Reading the Vampire Slayer' (I.B.Tauris) now available in its new, up-dated edition. She is a freelance writer and editor, who also contributed to 'The Encyclopaedia of Fantasy' and 'The Cambridge Guide to Women Writing in English'. 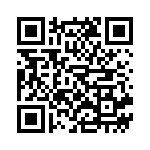