Adeeb Khalid’s “Making Uzbekistan: Nation, Empire, and Revolution in the Early USSR” is a landmark study of the creation of the state of Uzbekistan and national territorial delimitation in Soviet ... Read full review

Adeeb Khalid is Jane and Raphael Bernstein Professor of Asian Studies and History at Carleton College. He is the author of Islam after Communism: Religion and Politics in Central Asia and The Politics of Muslim Cultural Reform: Jadidism in Central Asia. 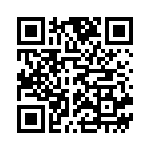