Blacklisted screenwriter Dalton Trumbo (1905–76) is given due credit in this extensive if somewhat bloated biography coauthored by Ceplair (The Marxist and the Movies) and Trumbo's son, the late ... Read full review

Larry Ceplair is the author of The Marxist and the Movies: A Biography of Paul Jarrico and Anti-Communism in Twentieth-Century America: A Critical History. Christopher Trumbo (1940–2011), the son of Dalton and Cleo Trumbo, was a television writer, screenwriter, and author of the play Trumbo: Red, White and Blacklisted. 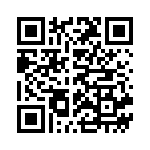