Radicals who fought under other names have reconstituted as ISIS, according to this book, which tracks a welter of confusing political alliances of convenience and otherwise. It’s cleverly bribed ... Read full review

This work is at its best in illustrating how ISIS emerged from a stew made of equal parts the international jihad, Iraqi sectarian conflict and the accelerating disintegration of the states created by ... Read full review

Michael Weiss is a Senior Editor at The Daily Beast and co-author of the New York Times bestseller ISIS: Inside the Army of Terror. He also edits The Interpreter, an online translation and analysis journal devoted to all things Russian and Ukrainian.

Hassan Hassan is an Associate Fellow at Chatham House's Middle East and North Africa Programme, in London, and a non-resident fellow at the Tahrir Institute for Middle East Policy, in Washington DC. He is also a columnist for The National newspaper, and his writing has appeared in The Guardian, Foreign Affairs, the Daily Beast, Foreign Policy, and the New York Times. 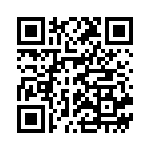