8 other sections not shown

John Culhane was born in Rockford, Illinois on February 7, 1934. He graduated from St. Louis University and then became a reporter and daily columnist for the Rockford Register-Republic. He later became an investigative reporter for the Chicago Daily News, a media editor at Newsweek, a roving editor at Readers Digest, and a freelance writer for publications including the New York Times Magazine and American Film. He was a Disney animation historian who was the inspiration for the characters of Mr. Snoops in the 1977 Disney animated feature The Rescuers and Flying John in the Rhapsody in Blue segment of Fantasia/2000. His books on Disney animation include Walt Disney's Fantasia, Aladdin: The Making of an Animated Film, and Fantasia 2000: Visions of Hope. He also wrote The American Circus: An Illustrated History and Special Effects in the Movies: How They Do It: Dazzling Movie Magic and the Artists Who Create It. For over 40 years, he taught classes on the history of animation at New York City's School of Visual Arts, Manhattan's Fashion Institute of Technology, Mercy College in Westchester County, and NYU's Tisch School of the Arts. He died from complications due to cardiac failure and Alzheimer's disease on July 30, 2015 at the age of 81. 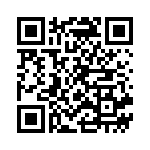